Hire for Trip To 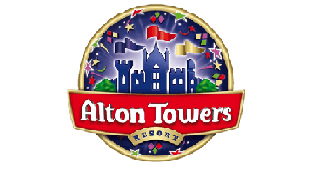 Manchester is one of England’s most famous cities and a major contender for the entertainment capital of the North if not of the entire country. This city became the centre of a musical revolution between the late 1970s and the 2000s with bands like Joy Division, New Order, the Smiths, the Stone Roses and Oasis taking the country by storm. Manchester also holds the distinction of being the northern base of the burgeoning Acid House scene in the late 1980s. A number of festivals are held at the city and some festival-goers choose the Manchester coach hire option to get to and from events.

Parklife Festival, located at Heaton Park in the M25 2SW postcode area, is a live music event held on the first weekend of June and featuring an array of artists working in different genres. The 600 acre park, once the estate of an aristocratic family before being sold to the Manchester City council at the turn of the century, contains Heaton Hall which is a grade 1 listed building designed by architect James Wyatt in the 17th century for the estate owners. Artists that have performed at this festival include Snoop Dogg, Grandmaster Flash, Grace Jones, Dizzee Rascal and Fatboy Slim.

The eighteen day Manchester International Festival, occurring in July every two years since 2007, is held in venues across the city and showcases the works of a variety of artists working through a range of mediums. Artists that have appeared at the festival over the years include Damon Albarn, Björk, Sinéad O’Connor and Massive Attack. The 2009 event included a collaboration between Kraftwerk and Steve Reich as well as an exhibition by the “grandmother of performance art” Marina Abramović while 2015 included a contemporary musical adaptation of Alice in Wonderland.

There is no better option available to festival-goers requiring coach or minibus hire in Manchester than the punctual, reliable, customer-centred service offered by Coach Hire Manchester that is ready and available to transport people to and from events in the city at a phonecall’s notice. This company’s main concerns include picking up and delivering passengers on time and providing the most comfortable experience for those onboard the state-of-the-art vehicles with luxury interiors. Customers attest that no other coach company attains this company’s levels of customer service.